Pics from the show floor at SXSW

As I previously mentioned, on Saturday I headed down town to the Austin convention center and SXSW.  Although I’ve lived here in Austin for 2 years this is the first time I’ve checked it out.  I drove down after lunch and bought myself a day pass to the show floor. 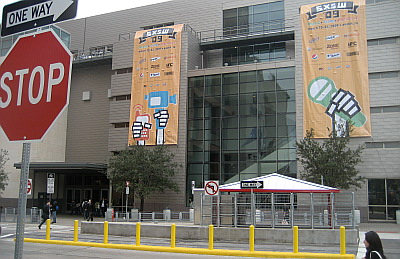 The entrance to the convention center

While the biggest part of SXSW, Music, doesnt start until later this week, the Interactive and Film festivals kicked off on Friday.   Film and Interactive had a combined “Trade Show” which ran from Saturday thru today and that’s where I hung out on Saturday.

Although the show floor was a modest size it was chock-a-block full of tech and cinema offerings (here’s the map and list of booths — my unofficial guess would be it was 80% tech/20% film).  I hung out there for about four hours catching up with old friends and checking out the various offerings. 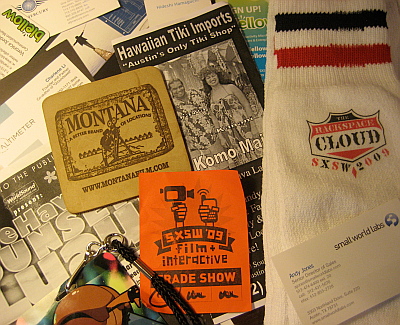 As you would guess, social media apps dominated the tech offerings and a lot things seemed to be some derivative of facebook/twitter/craigslist/linkedin with an innovative (or not so innovative) spin.  Microsoft had a big booth as did Sun who was showing off its JavaFX.

Coming up later this week, the video podcasts I did with Charlene Li of the Altimeter Group and Jason Hsiao of Animoto. 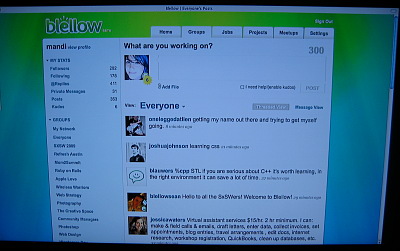 There were a fair amount of apps that looked like this.

Here are a few of the faces from the show floor. 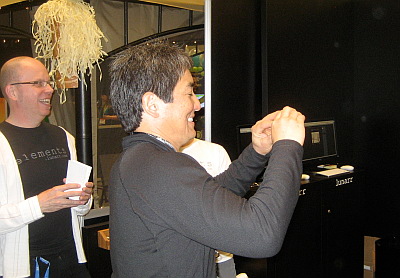 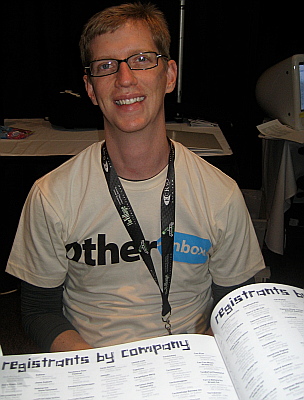 The ever helpful Josh Dilworth of Porter Novelli working the press info stand.

Ka’awa was there promoting a tour of singers from Hawaii. 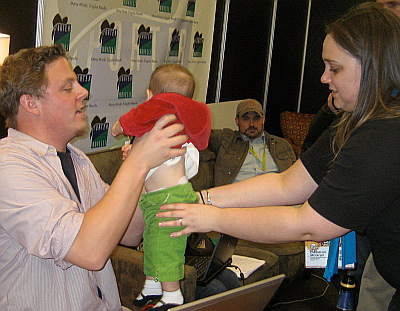 This entry was posted on Monday, March 16th, 2009 at 8:04 pm and is filed under Uncategorized. You can follow any responses to this entry through the RSS 2.0 feed. You can leave a response, or trackback from your own site.