A few weeks ago I attended Cloud Foundry summit Europe 2017 held in Basel, Switzerland.  One of the more interesting topics that came up was the “Cloud Foundry Container Runtime,” an effort formerly known as “Kubo.”

Kubo, which comes from “Kubernetes on Bosh,” was created jointly by Pivotal and Google in order to provide a simple way to deploy and operate production-ready Kubernetes clusters on premise and in the cloud.  Back in June, the Kubo code was donated to the Linux Foundation as an open source project.

To learn more about Cloud Foundry Container Runtime (nee Kubo) and the larger context it fits within I sat down with Ian Andrews, Vice President of Products at Pivotal.  Armed with only a pen and paper Ian provides an overview of the container runtime and explains how it differs from the Cloud Foundry application runtime, as well as which workloads are most appropriate for each.

Ian ends by walking us through the recently announced, Pivotal Container Service (PKS) that VMware and Pivotal worked on together with help from the Google cloud team (PKS is based on the Cloud Foundry container runtime with extra goodies thrown in).

A few weeks ago at Pivotal’s SpringOne Platform event I met Drew Dimmick of EMC.  Drew heads up product management for EMC’s Native Hybrid Cloud offering.  Native Hybrid Cloud, or “NHC” is a complete shrink-wrapped Pivotal Cloud Foundry developer platform that can be set up in as little as two days.

I grabbed some time with Drew and had him take me through the offering at a high level.

Here is what Drew had to say:

Some of the ground Drew covers

Last week I attend DockerCon 2016 in Seattle.  Besides spending time working the Dell booth, I grabbed a bunch of folks and did some short, guerrilla-style interviews.  One of my victims was Kit Colbert who heads up VMware’s cloud native applications group.

With the onslaught of container-mania VMware, the 800-pound-VM gorilla, has had to take a hard look at the changing landscape and decide if/how they wanted to join the fray.

In the second video the product manager for VMware’s vSphere Integrated Containers, Karthik Narayan, provides a double-click on this vSphere-based offering.

Some of the ground Kit covers

Some of the ground Karthik covers

Last week I headed out to San Francisco to attend Kubecon and soak in the Kubernetes and devops-ecosystem goodness.  As the event landing page explained:

As I normally do at events like this I prowled the halls to look for folks doing cool stuff to interview with my trusty Flipcam.

Some of the ground Kenneth covers

Where Dell plays in the Cloud and how we got there

One of the interviews I did at Dell World was a video with IT in Canada.   I did the video with Paul Cooper, Dell’s country manager for Canada.

In the first half of the video I talk about how Dell got into the cloud and where we play in the space.  In the second half Paul talks about the roll the telcos will play in the delivery of cloud services in Canada as well as issues around privacy and data sovereignty.

From the article itself, here’s a great summary of our cloud participation and shows how we have built, bought and partnered along the way:

Dell’s excursion into cloud began with organic development of server and data centre capability in specialized systems to meet the needs of large cloud providers (Facebook, Microsoft Azure and Bing), progressed through modification of these systems for marketing to the “next 1,000”, and shifted to partnership with software makers such as Joyent to develop complete cloud solutions, and with companies such as VMware for the creation of a full service public cloud offering.

Supporting acquisitions along the way include companies with specific capabilities such as SecureWorks, which was purchased to address web security concerns that continue to dog broader cloud adoption, and BOOMI, a specialist in cloud integration, which enables Dell to better service customers who adopt a hybrid cloud approach to sourcing compute resources.

In case you’re not familiar with Cloud Foundry, it’s an open source Platform as a Service 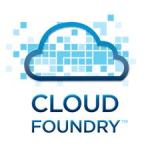 project initiated at VMware.  More specifically it provides a platform for building, deploying, and running cloud apps using Spring for Java developers, Rails and Sinatra for Ruby developers, Node.js and other JVM frameworks including Grails.

The project began two years ago when VMware’s CEO Paul Maritz recruited Derek Collison and Mark Lucovsky out of Google and set them to working on Cloud Foundry.  Collison and Lucovsky, who built and maintained Google’s API services, were brought into leverage their experience of working with hugely scaled out architectures.

The Cloud Foundry project has only been public for a matter of months and one question that I’m sure has popped into your mind is what if I want to pilot Cloud Foundry in my own environment, won’t installation and configuration be a total pain?

and configuration of open source cloud software onto bare metal systems.  By automating the process, Crowbar can reduce the time needed for installation from days to hours.

The software is modular in design so while the basic functionality is in Crowbar itself, “barclamps” sit on top of it to allow it work with a variety of projects.  The first use for crowbar was for OpenStack and the barclamp for that has been donated to the community.  Next came The Dell | Cloudera solution for Apache Hadoop and, just recently, Dreamhost announced that they currently working on a Ceph barclamp.  And now…

Today’s big news is that VMware is working with Dell to release and maintain a Crowbar barclamp that, in conjunction with Crowbar, will install and configure Cloud Foundry.  This capability, which will include multi-node configs over time, will allow organizations and service providers the ability to quickly and easily get pilots of Cloud Foundry up and running.

Once the initial deployment is complete, Crowbar can be used to maintain, expand, and architect the instance, including BIOS configuration, network discovery, status monitoring, performance data gathering, and alerting.

If you’d like to try out Crowbar for yourself, check out: https://github.com/DellCloudEdge

Talking to the Head of VMware’s Cloud Business

Here is the second in my three part series on Virtualization and the cloud.  Today’s entry focuses on the 800 pound gorilla in the virtualization space, VMware.

At last month’s Gartner’s Data Center conference, right after his standing room only presentation, I grabbed some time with VMware’s Mr. Cloud, Dan Chu .  Hear what he had to say:

Some of the topics Dan tackles:

Stay tuned next time for a summary of Gartner’s virtualization presentation from their data center conference.