Today’s the day that the former Punahou School student pictured below gets sworn in as the 44th president of the United States. 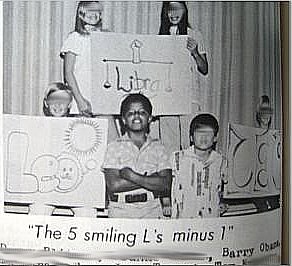 A couple of weeks ago there was a great article in the Washington Post about Obama and Punahou.  As the article mentions, at the end of the Obamas’ vacation in Hawaii last month, Barack went back to Punahou and shot hoops.

Obama started at Punahou, which runs from K-12, in 5th grade and graduated in 1979. (I trailed him by three years and remember him as one of the cool seniors when I was a freshman.)

The Punahou Marching band will even be part of today’s inauguration ceremony, playing “Men of Punahou” and “Aloha Oe.”  I heard on the radio that the brass section was practicing for the cold conditions by putting their mouth pieces in the freezer overnight.

This entry was posted on Tuesday, January 20th, 2009 at 8:52 am and is filed under Uncategorized. You can follow any responses to this entry through the RSS 2.0 feed. You can leave a response, or trackback from your own site.

2 Responses to Today’s the day!