The new Dell XPS 13 developer edition now available in the US, Europe and Canada 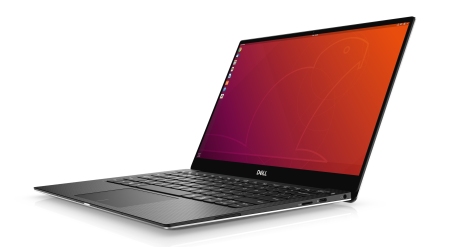 Although there are many great features and specs that characterize the latest developer edition (see below), the one that will likely bring the most joy is the new placement of the webcam.  In the 9370 the camera is located directly below the screen.  In the new 9380 the camera has been moved to the top, providing a much more flattering view of the user while still maintaining the system’s sleek, compact design.

Not only that but the 8th generation developer edition supports Suspend-to-idle natively which allows the system to resume much more quickly from sleep.

The United States and Canada

In the US and Canada there are four base configs that can be configured in a multitude of ways, yielding 22 configurations.  These base configs are:

(Note: unlike Europe, in the United States and Canada the developer edition can only be purchased in the “For Work” section.)

Beating the US and Canada to the punch, on January 9th the first configurations of the new XPS 13 developer edition became available in Europe.  At the end of last week two more joined to complete the lineup:

The above configurations are available in both the “For Home” and “For Work” sections on Dell.com and are available online in the following countries:

Being able to announce the next generation of the XPS 13 developer edition is a great way to begin the year.  Watch this space to see what is next on the agenda for 2019.